I took a lot of phonephotos this past week for my turn at the helm of BeingNOLA.  I used a lot of goofy filters.  But I like ‘em, so here you go. New Orleans, LA September, 2013.

The hot pastry this Fall (replacing the cronut). It’s simply to DIE for.

HOO boy, it seems silly to write this right now, what with the news lately, but times are rough and people need bourbon.  Even if we’re all going to be killed by global warming, a chemical attack or radiation, that’s years from now, right.  Until then, there’s still Kentucky and there’s still bourbon.  I’ve also been sick and feeling down, so screw you guys.  You get what you get when you get it.  Friggin’ kids.  GET OFF MY LAWN!

So yeah, Kentucky.  I went there, and saw some stuff and drank some bourbon.  Not LOTS of bourbon, because I don’t remember getting drunk.  Just a nice, pleasant mellow amount of bourbon.  Maybe it was lots of bourbon, but I spaced it out a good deal and did it all responsible like, especially since I was by myself and that damn crab refuses, absolutely REFUSES, to get his driver’s license.  Deadbeat.

On my third full day in Louisville, I left.  For good reason.  I decided to finally head down to Bardstown, the bourbon festival, and a couple distilleries.  But first, we had to check out of the HILTON Seelbach.  It really is a beautiful old hotel though.

First things first, we had to get some coffee.  And do some good ol’ fashioned trip plannin’, on paper, son (remember, this was before I had a smartphone).  I prefer doing it this way anyway, it just gets harder when the tools become obsolete.  ANYway…. 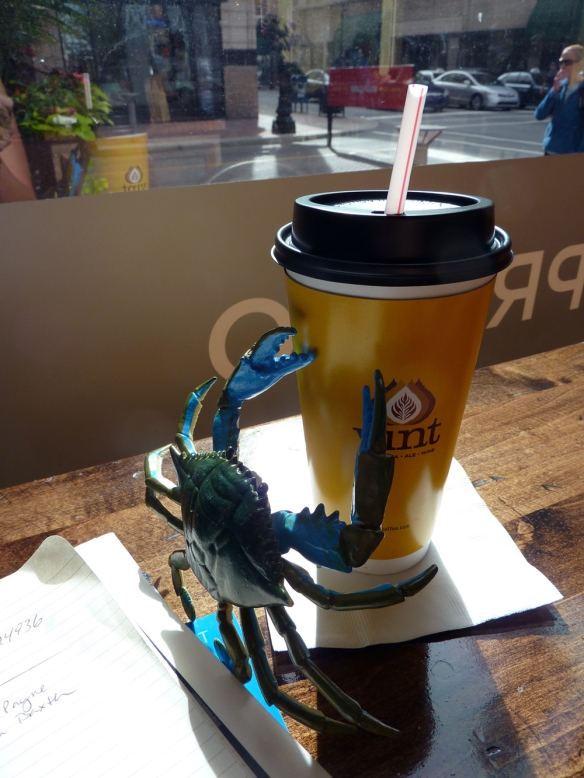 We drove down to Bardstown, KY, Bourbon Capital of The World.  Before taking in the festival, I decided to stop by a couple distilleries first.  The closest was Barton 1792 Distillery, owned by the Sazerac Company (of New Orleans! Ok, Metairie). They make and bottle 1792 bourbon, as well as bottling and shipping many other types of liquor.  I like 1792 alright.  In my little book, I gave it three stars, so it’s a good bourbon, mixed or straight.  It’s a little heavy on the rye for my tastes however.

The setting is very much a factory/warehouse setting, and I’m convinced that a bourbon carries it’s place with it.  How could it not?  After soaking up the wood and air in rackhouses for years and years, how could it not take on its surroundings.  Maybe that’s too froofy for you, but I love bourbon.  It’s America’s Spirit, dammit and it’s damned magical.

Jesus, how artsy is that? Yeah, that’s a medium format b/w taken with my Holga. No biggie. 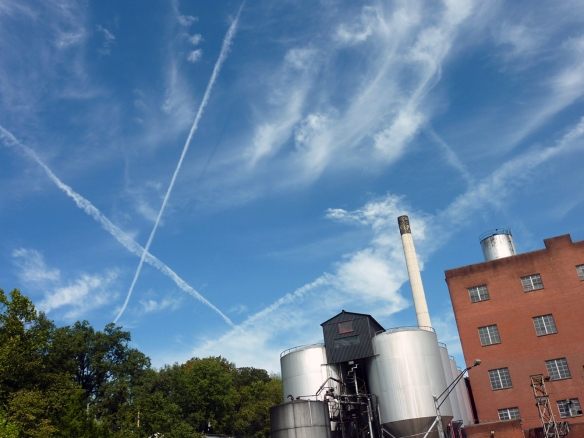 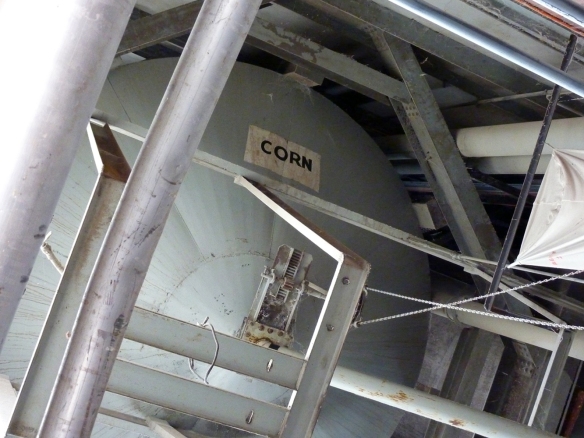 This here’s a big ol’ vat of kern. Bourbon, as you may well know, is bourbon because it’s 51% corn instead of rye. And a mash that contains wheat instead of rye is a “wheated bourbon”, which are, generally, my favorites. Though I have been getting down on some rye and bourye lately.

The 1792 rackhouse.
You can learn more about rackhouses and the science involved here: http://www.whiskeyprof.com/how-a-traditional-rackhouse-works-small-batch-single-barrel/

The rackhouse is usually my favorite part, except for the tasting room. All those barrels just soakin’ up that wood with the seasons and the wind. It’s poetic, galdernit. 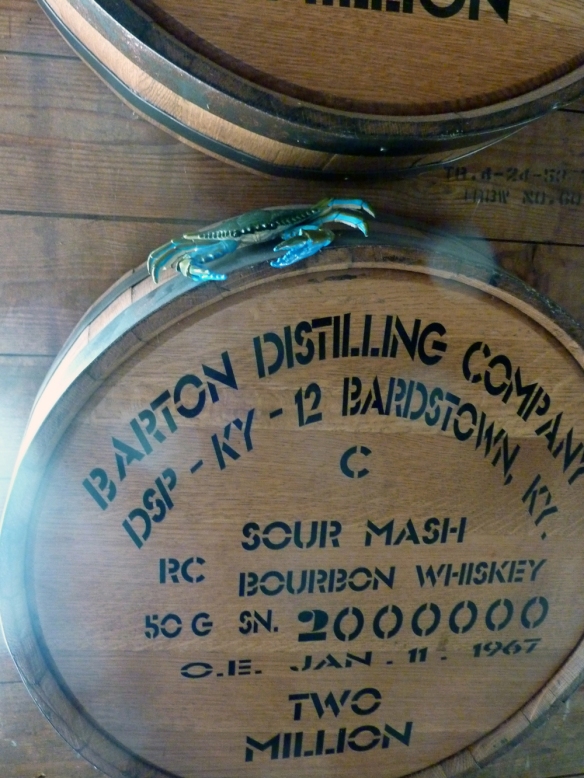 Mr. Crab enjoys it too.

I’ll spare you the boring photos of the boring ol’ warehouse and shipping system (but it fits in with my “bourbon carries its place” theory. Instead, here’s what Mr. Crab got up to in the tasting room and by the World’s Largest Bourbon Barrel.

He’s pretty stoked about the barrel plug, but I’m pretty sure that’s just drunk talk. Bourbon should be handled with moderation and class. Ohhhh, Mr. Crab.

Because it is my birthday.